Arsenal Gun Down Newcastle Whilst Spurs Were United Against Sheffield

London football fans, who have had a turbulent time of late, and no more than for me, as agent of many 'local businesses near me' bounced back to winning ways against Newcaslte, whom the BBC and other had predicted a loss. It was Match Day # 34 as the two sides took on each other, at the historic Saint James Park, which is also the home venue for New Castle United FC.

Arsenal  who were coming of a 2-1 loss against Villarreal in the all important first leg of the semi-final of the Europa League on Friday. With games coming thick and fast, with a gap of only one day, it was expected that Arsenal ring the changes to their side from their Friday’s game. Whilst the punters were unsure HOW many changes would be made, all agreed that some would be made.

And so it was, Mikel Arteta made full use of the rotation policy by making 8 changes to the starting XI from the previous game. Although time won't allow naming all of the changes, it would only be appropriate to mention that Xakha, Odegaard and Ceballos had retained their place.

Aubameyang was back at the front in a timely return after his recent stoush with Malaria while Martinelli, who is adored by Arsenal fans also featured in the attack. David Luiz also made a return from injury in a short lived return, for perhaps his final game in Arsenal colours. 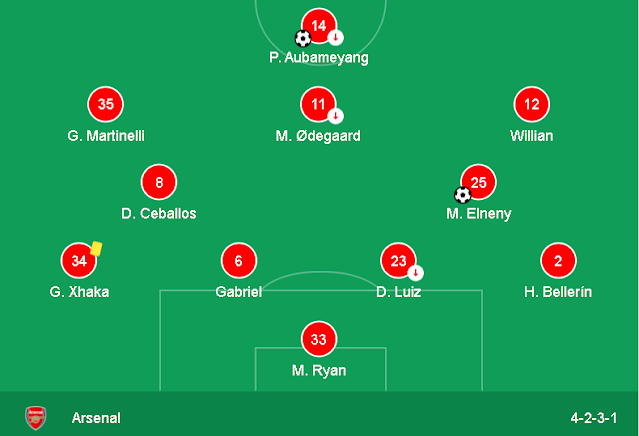 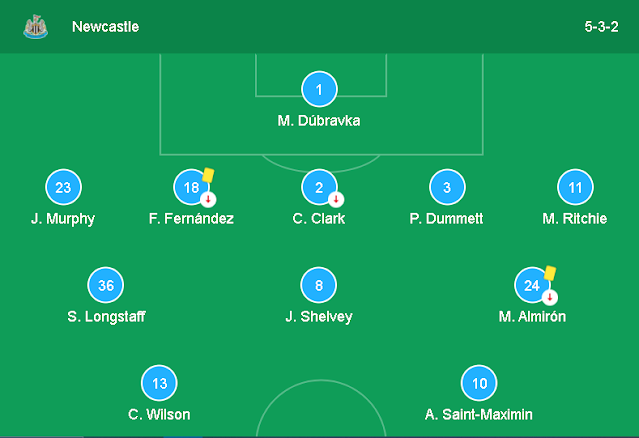 On the other hand, continuity based upon recent good results was the priority, as they made only one change to their side from their previous game. The one notable change was that Wilson had replaced Joelinton.

Arsenal who often start games way too slowly were off the blocks very early as they scored in the starting moments of the game to gain a hold of the game, which they retained till the end of the match, with game management, so often a priority..yet lacking, being finally mastered. Despite Aubameyang missing clear chances, he made amends by scoring and it was a goal to remember as everyone did their part with brilliance to make it a convincing goal.

And so it was after 5 minutes, Bellerin had motored down the right wing, after David Luiz had spotted him perfectly. Bellerin delivered a great ball to Aubameyang who was not at the edge of the box, but near the edge of goal line perhaps. It was as easy an opportunity as one could dream of. Yet Aubameyang somehow found a way to miss as has been his want this season. The soft effort meant that the ball deflected back from Aubameyang’s boot towards the edge of the box. As it seemed like Arsenal were once again failing in the final third, the Egyptian mid-fielder Mohamed ELNENY, pounced to deliver a volley into the bottom left corner. Such was the precision of his placement that the diving goalkeeper had absolutely no chance, although he did well to get a touch to it.

Elneny’s brilliance, a newly discovered goal scoring ability, had made the score line 1-nil, in favour of Arsenal.

Newcastle showed some resistance and eventually created some confusion for Arsenal as Saint Maximin carried the attack in the 18thminute of play, before the ball looped up awkwardly, one of only a handful of chances that Newcastle had all game. Eventually, the danger was dealt with by Ryan, who comfortably put the ball out, by tipping over the bar.

Both teams, knowing the importance of the match, pressed for goals for the rest of the first half but didn’t have any success as the first half finished with the score line of 1-0.  Arsenal were on top of their game and seemed ready to wrap up the game. From this point forward, match management would be the prioriy.

The second half continued in the same vein as Arsenal controlled tha game excellently. The sole reason of worry for Arsenal fans was that David Luiz was forced to leave the pitch with a hamstring injury, ending his first game back from injury, and possibly his time with the Gunners. In the 51st minute, he was replaced by Callum Chambers.

While Aubameyang had been wasteful earlier, he put things right in the 66th minute as he scored one of his more memorable goals. Odegaard spotted, and delivered to Martinelli, down the left wing, who delivered a pin point ball, that was acrobatically converted into a goal by Aubameyang. With the whole body of the striker air-borne while making the touch from close range, his movement was Martial Arts, or ballet, at it's best!

The match continued in the same level of intensity, as the final whistle rang with the score line of 2-0 in favour of Arsenal.  Arsenal may have dominated the score, but they also dominated the stats too.

Arsenal took a total of 19 shots with five being on target. On the other hand, New Castle could manage only one on-target shot out of their five. Arsenal also retained 62% of the possession during the game while completing as many as 640 passes.

Whilst this is one of the worst finishes Arsenal have experienced in the EPL, this victory elevated the Gunners to 9th on the league table with 49 points. New Castle sit at 17th spot with only 36 points.

In the other match of the day, Tottenham Hotspur, with interim manager Ryan Mason, another of London's ' local businesses near me',  were up against the last ranked Sheffield United at Hotspur Stadium. 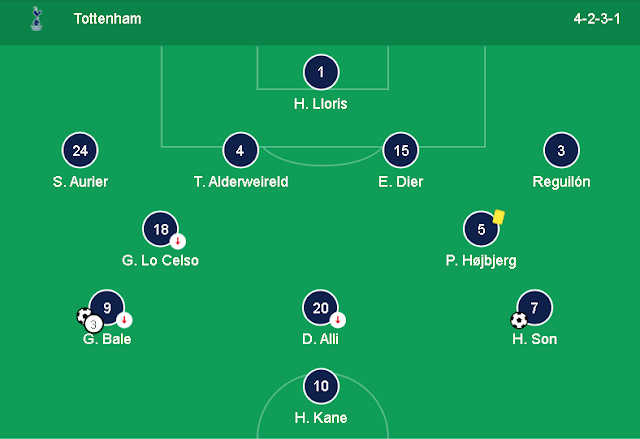 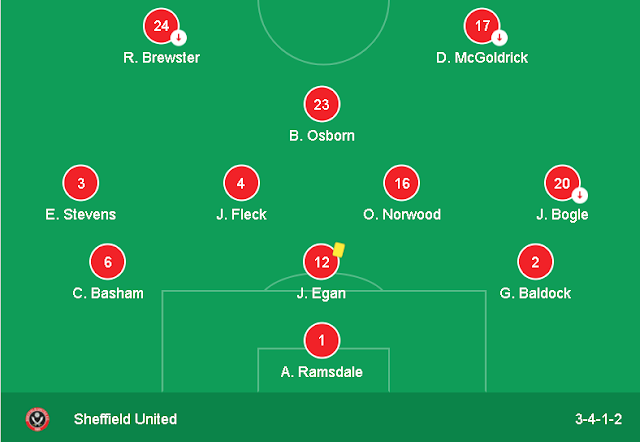 As the difference between the league positions of the two sides suggested, it was a one-sided affair for the Spurs. The dominance started right from the very first minute. Bale lead the way with a wonderfully scored goal in the 36th minute. He followed it up with two more goals in the 61st and 69th minute to achieve a well-deserved Hattrick. Heung Min Son also came to the party as he scored in the 77th minute to make the score line 4-0 in favour of the spurs. It remained that way till the very send as Tottenham moved to the fifth spot on the league table.

Tottenham are not yet denied a top four finish, and Champions League Football! That's all from me, owner of window cleaning Sydney!

That’s all from our coverage of the matchday.