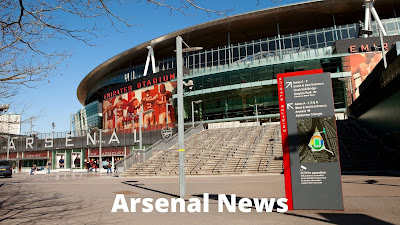 Aaron Ramsdale really knocked it out of the park with 3 amazing saves, including the best which denied James Maddison a goal from a free-kick in the first half. In the second half, he continued his amazing form denying goals from Vardy and Lookman, undisputedly man of the match for Arsenal.

Takehiro Tomiyasu was excellent in the first-half as he dominated his area against Leicester. However, the introduction of Barnes in the second half saw the Japanese fan favourite work much harder. He was second best a couple of times, but the defender fought hard and generally successfully.

Ben White has shown why Arsenal parted with the big dosh. He dominated the one-on-one duels, which wasn’t always the case prior to this game. He professionally kept Vardy at bay.

Aside from Ramsdale and his saves, Gabriel Magalhaes would have been the man of the match. If you set aside his scoring, the Brazilian is a revelation at the back. Demonstrating leadership and experience, his partnership with White is something that we haven’t seen since the days of Adams etc.

Nuno Tavares continued on his fine form from the last game. However, his wings were clipped somewhat by Arsenal coming off the pace for a large section of the game.

Thomas Partey showed why Arsenal bought him from Atletico, controlling Tielemans and Soumare in the first half. His strength, and tactical acumen were pivotal in controlling the all important midfield.

Albert Sambi Lokonga is blossoming in partnership with Partey in the centre of the Arsenal midfield. His defensive work is constantly improving, often using timely fouls together with accurate passing.

Bukayo Saka was a key cog in the team’s attacking game. He got an assist for Gabriel’s opener while contributing well for the second goal as well. He tended to fade later in the game, allowing an opportunity for Nicolas Pepe late in the contest.

Alexandre Lacazette has a great work rate and attitude. His role behind Aubameyang is not his natural position, but he is a true professional. Eventually he made way for Martin Odegaard to allow a more traditional approach.

Emile Smith Rowe is the Mesut Ozil have missed…since Ozil, especially in the early stages of the game. His pacy runs made it difficult for the Leicester City defenders. The youngster also has responded well to Arteta’s advice to score more goals…by scoring again.

Pierre-Emerick Aubameyang wasn’t as involved as much this afternoon. However, the Gabonese international worked hard with his movements. He has also improved his defensive abilities too. tracking back well, which shows why Arsenal have stood by him despite a drop off in goals.

Martin Odegaard has not flourished since taking up a deeper role. He also tried a clever back heel pass twice. both of which failed

Still not the same player who scored heavily at the end of last season.

Nice to see him used.