Arsenal Klopp It At Liverpool! 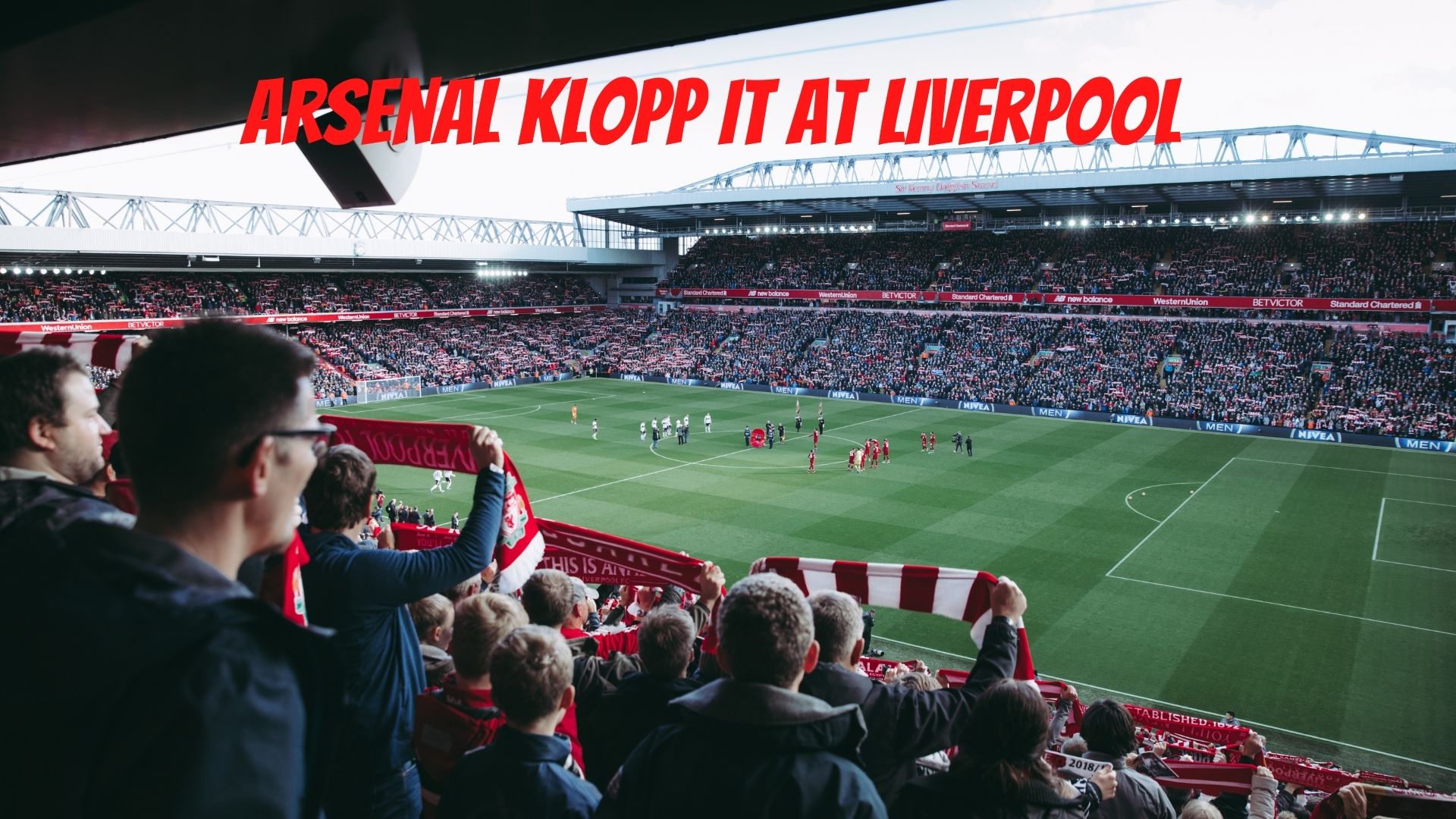 In our Premier League game of the week…it is headlined as ‘Arsenal Klopp it at Liverpool’.

Was it going to be any different when Liverpool had 80% possession after 15 minutes? Certainly Arteta must have missed the games where Liverpool have failed in recent times.

Ramsdale, so often Arsenal’s player of the match, showed his prowess when he double saved from Mane after 28 minutes. The close call spurred the Gunners into action and Laca scored a goal which was then ruled offside after 30 minutes.

Mane, whose combative tackling eventually led to a yellow card, provided one for his manager Klopp too! After 32 minutes, Klopp whose competitive nature led to a fierce reaction from Arteta, joined his opposite number in the book when the two managers had to be separated after a fierce interaction.( the cameras didn’t show any handshake after the match as far as we could tell).

The flare up between Klopp and Arteta only served to fire up the Kop. Liverpool deservedly taking the lead after 38 minutes when Mane’s header went past the excellent Ramsdale. Although Arsenal remained combative in the first half, and finished the first half only 1-0 down, worse was to come in the 2nd half.

The 2nd half was all Liverpool.

Although Tavares, whose passing was woeful today, gifted him, Jota made it 2-0 to the Reds.

Arteta’s reaction? Not to take off Tavares and replace him with the waiting Tierney. Instead, Mikel hauled off Lokonga and replaced him with Maitland-Niles.

Despite the strengthening of the defensive midfield options, it was all Liverpool from here on, and Salah finished well after Jota set Mane free to cross for the prolific Egyptian. 3-0 to Liverpool.

Arsenal looked blunt in attack today. Van Dijk said after the match that they had planned to play between Arsenal’s lines and close down Aubameyang..which they did excellently. Arsenal surprisingly didn’t get their first corner until 74 minutes..and overall looked a shadow of the team that had a 10 game unbeaten run.

Liverpool rounded off a great night for them after 76 minutes when substitute Minamino fired home an assist from Alexander Arnold.

Klopp may have nearly come to blows with Arteta but it was the German who delivered the knock out.