It was always going to be a tough encounter, Arteta as player or manager, had never recorded a victory over Jose Mourinho. And, the last encounter led to a 2-0 victory to Spurs. So, how would he fare now? Would it be as when Wenger square off against Ferguson in times of old, or would Arteta show a mental toughness that exceeded his managerial predecessor? 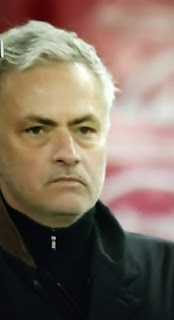 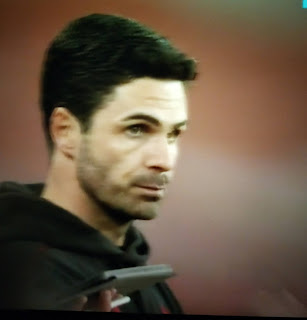 Spurs came into the match on a run

Whilst it is true that Arteta's Arsenal had scored an impressive win over Olympiakos, Tottenham had the better recent form.
The resurgence of Gareth Bale, the ever present threats of Son and Kane, allied with the tactical nous of the 'Special One', meant that, on recent form, Tottenham were favourites among the majority of pundits in the media..with a sprinkling of exceptions.

Unfortunately for Spurs, the injury to Son Heung-min early in the match, threw their plans into complete confusion. His hamstring tear put them on the back foot, not just for the NLD, but also for the next few weeks.
And, on the back foot they were. According to Mourinho, Arsenal clearly won the first half...why? 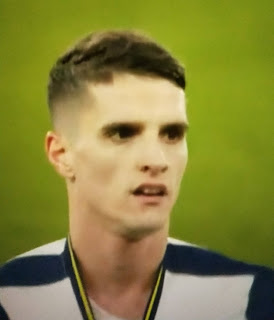 With the injury to Son, the introduction of Eric Lamela began. Lamela began with a passion that would attempt to ignore Tottenham's fire, but would also cause their battle to burn.
Lamela, initially, was amazing! And, despite Arsenal's first half superiority, Lamela it was who put Tottenham ahead, threading the ball through the legs of Partey, and into the far corner of Bernd Leno's goal.
This was a goal that caused the Media to purr with delight! Some even believed it to be the best goal that they had ever seen...although it wasn't in my top 5.
It would, however, have been a travesty for Arsenal to have gone in at half time with the London club trailing 1-0. So, it was somewhat of a judicial balancing weight when the maligned Odegaard shot, got a deflection, and equalised, for his first Premier League goal.
Why do we say maligned? Some ex-Arsenal pundits had publicly stated that Odegaard had: not done enough, kept Smith-Rowe out of the team, and been unproven in the toughest league in the World.
In this match, however, there was room for both Odegaard and Smith-Rowe, and that added the creativity to the pillars evident in the holding play of Xhaka and Partey.

The Second Half - Another Imbalance

It is strange that Tottenham scored when Arsenal dominated the first half, and the second half was equally puzzling.
Lamela, hero of the first half, seemed to be intent on getting a red card. He was reckless in his tackling, over enthused in his style, and lo and behold, did receive a yellow card.
So, what do you do when you get a caution? Why not shove your hand out and smack Tierney in the face? Well, that is exactly what he did, with a predictable outcome....RED.
Lamela had now shown a complete Jekyll and Hyde performance. Hero of the first half, and zero of the second half!
However, it is also worth mentioning that Lamela wasn't to blame when Lacazette was bundled over in the penalty area...albeit with the ball seeming destined to escape him, and Arsenal to be awarded a somewhat dubious penalty. Needless to say, this resulted in the London rivals going 2-1 ahead, and that is where it stayed.
Anyway, the result aside, the dismissal of Lamela sparked Tottenham back into action. Kane hit the post and threatened...as he always does in this match. And, the mighty Spurs seemed not only in control, but destined to at least get one point.
With seconds to go, Kane received a free kick just outside the box. You would have put your house on him scoring. So, it was a surprise to see him blast the ball over the bar.
Victory to the Arsenal! And a first victory for Arteta over Mourinho.
A short time ago, people were questioning Mourinho, and whether he would keep the Tottenham top job after a poor run of form. More recently, they had been singing his praises.
Today, Mourinho will again have questions asked of him. Is this fair? Probably not. However, for the self proclaimed 'Special One', much is expected...and required.
For stats, team lineups, and more photos...see the full article in your local London business directory.
Thanks to the BBC for additional angles of insight.
Arsenal FC Emile Smith-Rowe Emirates Stadium Jose Mourinho Premier League Tottenham Hotspur FC UK
Location: Hornsey Rd, London N7 7AJ, UK